It’s only a matter of days before Scotland join England and Ireland in the Netherlands where the EuroHockey Championship I is set to get underway.  The week promises [...]

Wales Women have a clean sweep of hard fought victories over Scotland in Glasgow over the bank holiday weekend, winning all three games in the three match test series. All [...]

Wales have just arrived in Scotland ahead of their three day test series against the Scottish Women Hockey team. Ellie Jackson took to Twitter to announce the ladies’ [...] 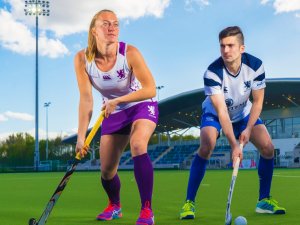 Heather Howie and Lee Morton are excited about the challenges ahead during the World League semi-finals in June.  The stars are thinking positively whilst making [...]

The 2016 Olympics in Rio has churned 100s of inspiring stories over the past few weeks, where Olympians have showed true grace and sportsmanship in many events that proves [...]

It was an honour to sit in a room full of dedicated and devoted people who strive for bettering women’s sport! Especially listening to @clarebalding - such an inspiration! Watch Her Go | Amdani is such an empowering initiative for women and girls in Wales! Latest article is up - have a read and let us know what you think... 🙌🏼 link in bio! #womeninsport #watchhergo #fitness #girlsinsport #hockey #fieldhockey #powerful #inspiring #inspirationalquotes #womenssport #womenshockey #fit
Had such an awesome time recording @oursquadcymru podcast today with 4 other very inspirational ladies 🙌🏼 links to come ASAP! 😌 . . . . . #inspirational #womeninsport #fitgirls #mentalhealth #hockey #fieldhockey #girlsinsport
Loving @maddiehinch’s aka Maddie Hench?! workout tips on her story 🙌🏼 Definitely worth a look to build strength during the summer months 💪🏼 . . . . . #workout #girlswholift #strength #workoutmotivation #fieldhockey #hockey #gains #bulking #training #shred #core #exercise #gym #fitness